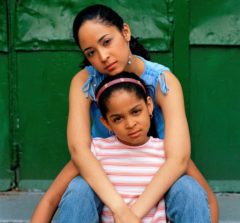 This year, Public Health Solutions has been actively involved in advocating against the White House Administration’s proposed Public Charge rule, which would make it extremely difficult for legal immigrants to get green cards, visas, or become permanent residents if they apply for certain federal assistance programs.

We are partnering with groups including the NY Immigration Coalition, National Women, Infants and Children (WIC) Association, and Legal Aid Society to speak out against this proposed regulation. We have gotten the word out through media channels, including The New York Times, Politico, and NBC News.

Our voices have been heard! Unfortunately, not enough for the administration to drop the proposal. On September 22, the Department of Homeland Security officially announced the proposed rule.

While the proposed rule no longer includes WIC participants and the Children’s Health Insurance Program (CHIP), PHS has already seen the harmful effects from fear of the anticipated rule and the overall attitude of the White House about immigration. Large drops in enrollment in our WIC program started in September 2016, when then-candidate Donald Trump promised a new immigration commission that would “select immigrants based on their likelihood of success in U.S. society, and their ability to be financially self-sufficient.” During months corresponding to the election, inauguration, and leaked drafts of the public charge proposed rule, PHS saw drops in enrollment four times those observed in other months.

What’s next? The proposed rule was published in the Federal Registrar yesterday, October 10, which means the public has 60 days to submit comments about the proposed rule change. If the rule is adopted, it would affect programs for children, many of whom are U.S. citizens in mixed status families (family whose members include people with different citizenship or immigration statuses).

While the U.S. has had public charge laws for decades, the current proposal exponentially widens the kinds of benefits that will put families at risk of losing their green cards status or deemed ineligible for citizenship. The proposed rule would prospectively penalize many immigrants for using PHS programs including Supplemental Nutrition Assistance Program (SNAP) and Medicaid and Medicare enrollment. The rule not only takes into account imminently needed benefits, but also the likelihood of becoming a “public charge” in the future—such as age, education, and having a medical condition.

We cannot stand by as immigrant families are forced to choose between healthcare and feeding their families, and their legal status. Learn how you can make public comments against the proposed Public Charge rule—visit this page on protectingimmigrantfamilies.org.