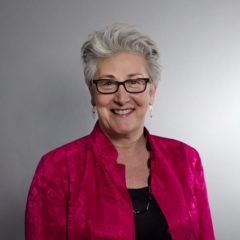 Today I am joining the Protecting Immigrant Families Campaign at a congressional briefing asking Congress to oppose a potential proposed rule by the Trump Administration that would make it harder for foreigners living in the U.S. to get permanent residency or to get or extend any visa or green card if they or their American-born children use public benefits. The Department of Homeland Security has drafted rules that would allow immigration officers to scrutinize a potential immigrant’s use of public benefits like Supplemental Nutrition Assistance Program (SNAP, also known as food stamps), Medicaid, and the Special Supplemental Nutrition Program for Women, Infants, and Children (WIC). The result is a person can be here legally and still be deported.

Current federal law authorizes a bar to entry or permanent legal status if an immigrant is likely to become dependent on “cash” welfare or long-term care at government expense – called a “public charge”.  Yet current policy does not consider an immigrant’s likely eligibility for non-cash supports – including Medicaid, ACA subsidies, nutrition assistance, housing assistance, the Earned Income Tax Credit, and many other programs – that help so many working families climb the economic ladder.

The proposal would broadly expand the types of benefits considered under the “public charge” determination to these public benefits. If finalized, this proposal could force immigrant families to forego needed health care or go hungry in order to obtain secure immigration status for themselves or their families.

Given that Public Health Solutions is the largest provider of WIC in New York State and a leading enroller in both SNAP benefits and Medicaid, I will present information about how legalized immigrant families are already seriously concerned about whether using government programs will harm their immigration status or their future opportunities. I will also be speaking out about the dire health consequences to communities if this proposal passes.

The Trump Administration’s latest attack on immigrants will force documented families to choose between the potential denial of their immigration status and accessing food and health care. This will in turn exacerbate serious problems in New York City and around the country such as hunger, unmet health needs, child poverty, and homelessness, with lasting consequences for families’ well-being and long-term success and community prosperity.

Immigrants have higher rates of employment than U.S.-born citizens, but often work in jobs that pay them less than their U.S.-born counterparts. Billions in taxes paid by immigrant families help support all government programs. For all people working low-wage jobs, health and nutrition assistance like SNAP and WIC helps them and their families stay healthy and become self-sufficient.

Just last week, a father of one of our WIC participating families was deported because he was not a documented US citizen. But his wife and children were citizens.  He had been working to support his family. Without his financial support, the family is struggling. They stopped using WIC out of fear of ramifications on their immigration status.  They are now turning to food pantries – one of the emergency relief safety nets – to get by.

Our city’s emergency food pantries are already overwhelmed. If passed, this proposal would in effect place more burden on a fractured system, contribute to longer lines at food pantries located in communities with large immigrant populations, and put highly vulnerable family members including children and seniors at nutritional risk.

Because the proposal is intended to discourage hard-working people from immigrating and to deter immigrant families – most of which include U.S. citizen children – from seeking help when they need it, we are likely to see consequences on primary care services with more emergency room visits. Moreover, there would also be a large impact on the economy. Research has shown that SNAP beneficiaries spend more dollars on food in local stores than eligible non-participants.

Healthy, thriving communities are the product of informed individuals who have access to the resources they need to achieve health and wellness for themselves and their families. This proposal and the need to stand up against it is about more than just immigrant health. This is about ensuring equal opportunities to health for all, and ultimately, the health of our city and the nation.

Help Public Health Solutions as we continue to fight for the rights of immigrants and ensure they are able to live healthy lives.